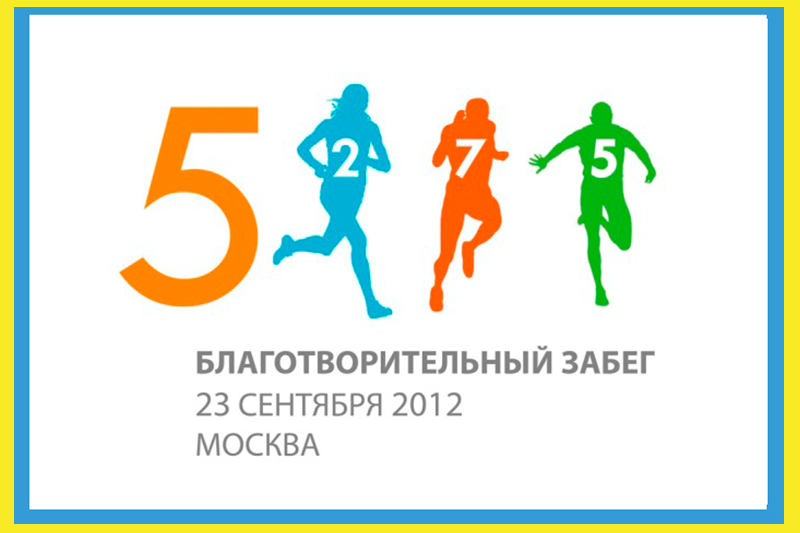 It was the 1st time the Marathon 5275 was held. Three charity funds were its institutors — «Life Line», «Joint way» and «Reach for Change».

Charity races have been very popular in many cities and counties of our planet for lots of years, helping to solve various social tasks. Foreign experience inspired Faina Zakharova, president of the «Life line» fund, to create such a movement in Russia, too.

The distance of the race — 5,275 meters — was selected intentionally. Since the race was carried out for the first time, it was crucial to attract runners of all skill levels, therefore it was decided to take only 1/8 of the usual distance as a must. As a result over 1,000 runners participated in the marathon, and over 2 million rubles were raised. All the money collected will be transferred to the charity programs of the funds which organized the event.

The youngest participants and mothers with strollers together covered the distance of 300 meters, thus opening the event. And right after children’s race «Starts’ start» took place, in which the participants were: Evelina Bledance with her son Semen, Sergey Lazarev, Lyaysan Utyasheva, Anton Zorkin, Natalya Pereverzeva, Daniil Fedorov, Alina Assii, Oleg Aleksandrov, and Aleksandr Seleznev. Mr. Seleznev participated in the main 5275 meters race also and cooked delicious pastry for the participants of the largest team, which turned out to consist of the Х5 Retail Group staff.

After a rousing warm up, more than 1,000 participants toed to the starting line in order to cover the 5275 meters distance. Some of the runners were dressed up in creative costumes. You could see an angel, lynx, bee, cooks and birds among the runners. Particularly distinguished were the «Promsvyazbank» epmloyees, who pulled on costumes of Angry Birds.

We sincerely say thank you to all the participants of the charity run for such a wonderful, sporty fest of life, sports and positive mood!

The winner in the nomination «The youngest participant»: Viktoriya Pavlova (born in 1998).

The winner in the nomination «The eldest participant»: Dmitriy Isaev (born in 1929).

The winner in the nomination «The most creative jogging suit»: Nataliya Viksom (lynx-like suit).

The winner in the nomination «The largest team»: X5 Retail Group.

We would like to thank the participants of the «Stars’ start» for their support, as well as wonderful mothers of the «MAMAlish» project, who crossed distance of 300 meters along with their little sportsmen smoothly.

Thanks to each of the participants, partners and guests! We’ll see you in 2013 on the charity «Marathon 5275»!